Polygon [MATIC] was observed to be showing immense growth in the DeFi space over the last few days, despite the bear market. Besides collaborating with web 2 companies, the layer 2 solution partnered with DEXes such as Uniswap [UNI]. This alliance impacted both protocols in a positive manner.

With this partnership, Polygon helped Uniswap with getting more traders on the DEX and allowed liquidity protocols to engage in more rebalancing.

The protocol started the year at $1.96 billion spot trading volume in January 2022. The annual volume was a whopping $28 billion in the year 2022.
The month of November got the highest volume of $3.9 billion. pic.twitter.com/6wrVmWVfl7

Polygon also benefited from this partnership and observed improvements in the DeFi space.

For instance, the network’s TVL increased materially over the last week and grew by 50 million in that time. The dApp activity on Polygon also increased. According to data from Dapp Radar, most dApps on Polygon saw growth in terms of unique active wallets.

One reason for the increasing DeFi activity would be the low gas fees on Polygon. According to Dune Analytics, the average gas block usage on Polygon grew substantially over the last week.

The fees collected made an impact on Polygon’s revenue positively as it increased by 97.3% in the last 24 hours, according to Token Terminal. At the time of writing, Polygon cumulatively collected $2.6 million in revenue. 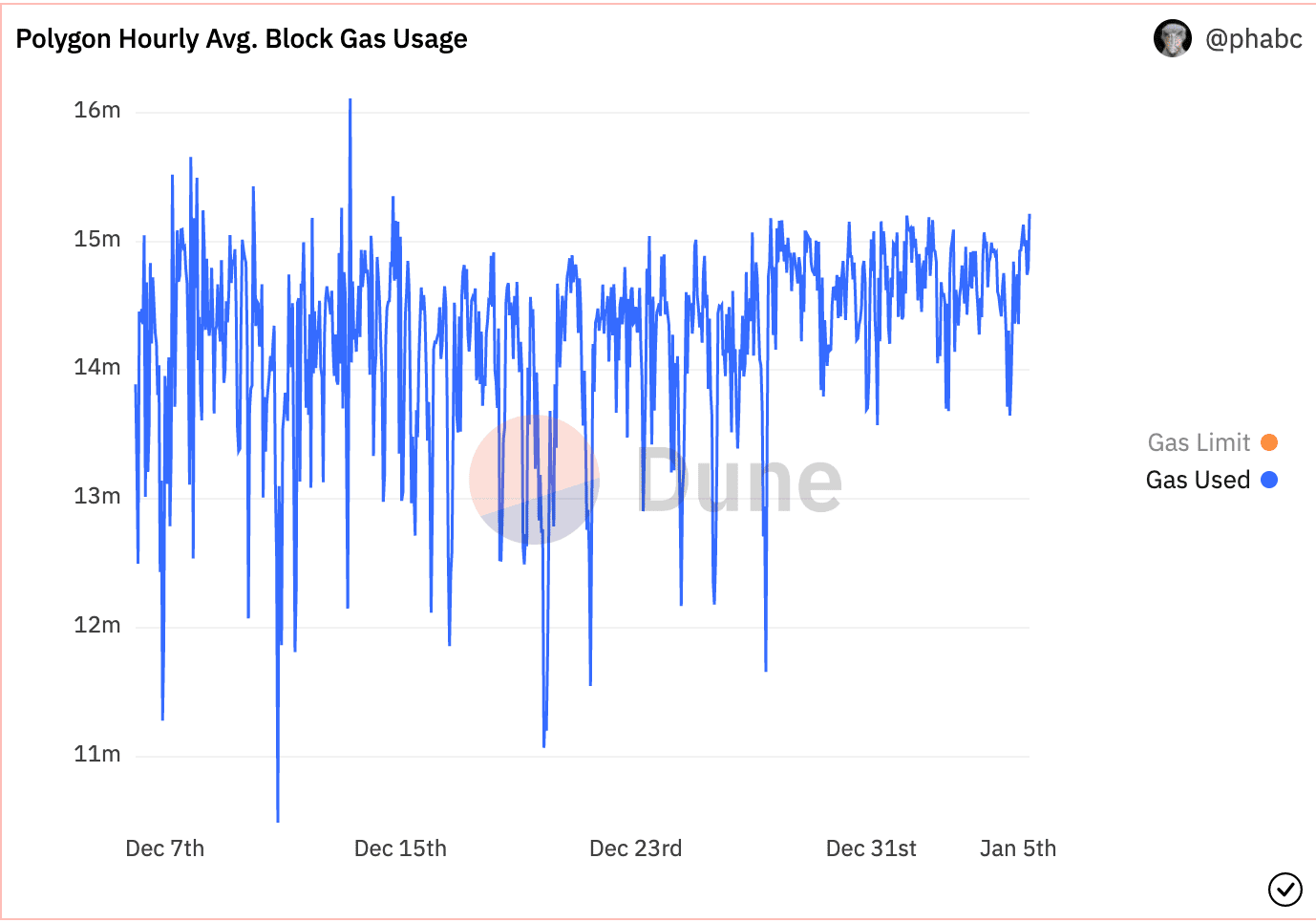 However, even though Polygon performed well in the DeFi sector, its DEX activity declined in the past three months, falling from $95.98 million to $55.35 million, at press time. 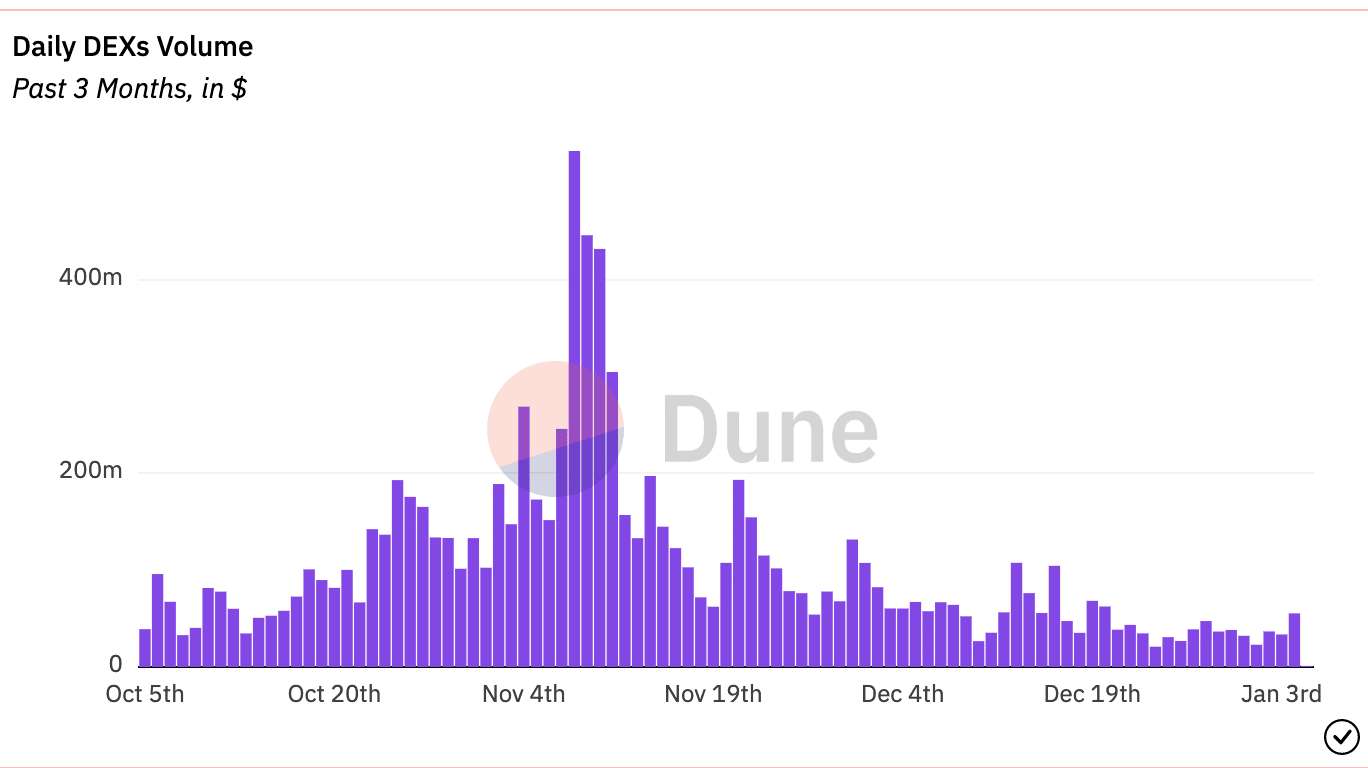 Unfortunately, the improvements in Polygon’s DeFi space did not have a positive impact on the token.

How many Uniswaps can you get for $1?

Polygon failed to attract new addresses to MATIC. This was indicated by the network growth, which declined over the past month.

Old MATIC holders also did not have a reason to be optimistic, as the MVRV ratio remained negative. A negative MVRV ratio implied that the holders of MATIC would not be taking a profit if they sold their positions at press time.

However, despite all these factors, the daily active address on the Polygon network increased over the last few days. This surge in activity could change the trajectory of MATIC’s price in the coming future.