New Delhi [India], January 9 (ANI/ATK): In the world of cryptocurrency, there are two distinct types of coins to invest in: stablecoins and meme coins. Stablecoins are designed to maintain a consistent value, while meme coins are designed to be highly volatile and often have no underlying value.
In this article, we will look at stablecoins and meme coins in more depth along with examples of each, like USD Coin (USDC), Dogecoin (DOGE) and Big Eyes Coin (BIG) to help investors decide which is the better option for them.

Stablecoins: Standing Strong In The Face Of Volatility
Stablecoins are cryptocurrencies that are pegged to an asset or currency, such as the U.S. Dollar. They are designed to maintain a stable value and minimize the volatility associated with traditional cryptocurrencies. The idea behind stablecoins is to provide investors with the ability to trade digital currencies without having to worry about fluctuations in price.
One of the most popular forms of stablecoin is USD Coin (USDC), which is backed by the U.S. dollar. USDC is a digital version of the U.S. dollar, allowing users to transact with a currency that maintains a 1-to-1 parity with the physical currency. The advantages of investing in USDC include low transaction fees, fast transaction times, and low volatility. Additionally, USDC is accepted by many exchanges and payment processors, making it easier for users to trade with USDC.
Meme Coins: A Soon To Be Forgotten Meme-Ory Or Here To Stay?
Meme coins are a type of cryptocurrency that derives its value from the popularity of a meme, typically found on social media platforms. They generally lack fundamentals and are seen as more of a joke than a serious investment. Meme coins often come with catchy names, such as Dogecoin (DOGE), which was named after a popular internet meme featuring a Shiba Inu dog. They are also known for their low prices, which makes them attractive to new investors who don’t have a lot of money to invest.
Despite their seemingly silly nature, meme coins have become increasingly popular over the past few years. Dogecoin, in particular, has grown substantially and is now one of the top cryptocurrencies by market cap. This popularity can be attributed to the hype surrounding certain memes and the fact that it’s easy for anyone to buy, sell, or trade these coins. 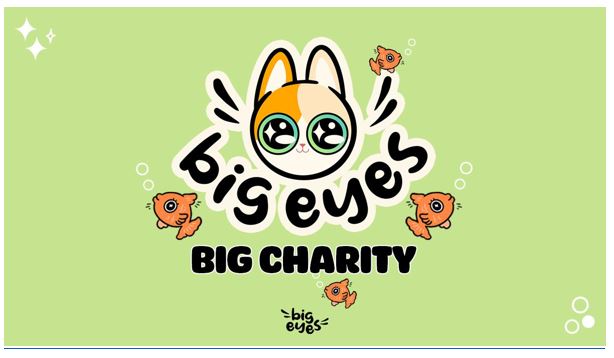 Pawsitive Felines about Big Eyes Coin
Big Eyes Coin (BIG) is a new meme token that has the potential to rise to Dogecoin. It’s a full-on community token that is oozing potential to be the next big meme coin. With all of the current top meme coins being dogs, there is a gap in the market for a cat meme coin. Big Eyes Coin stands out with its anime styling, broadening its appeal. To date, Big Eyes Coin has already raised $12.9 million and 5% of all tokens are stored in a visible charity wallet for ocean conservation projects. Investing in Big Eyes Coin not only offers people the chance to make a lot of profit, but also help save the environment. Big Eyes Coin is well-positioned to become the next big meme coin.
Final Thoughts
So which is the better investment? Ultimately, it depends on your own risk appetite and financial goals. Stablecoins offer more stability and are great for investors looking to preserve their capital. Meme coins, on the other hand, though they can be extremely volatile, have the chance for much larger gains over a shorter period of time. Meme coins are more suitable for those with higher risk tolerance and the ability to tolerate larger swings in the market.
Big Eyes Coin (BIG)
Presale: https://buy.bigeyes.space/
Website: https://bigeyes.space/
Telegram: https://t.me/BIGEYESOFFICIAL
This story has been provided by ATK. ANI will not be responsible in any way for the content in this article. (ANI/ATK)