Bitcoin price action remains extended from its weekly Tenkan-Sen, suggesting a retracement is likely to occur. Ethereum price, like Bitcoin, is exposed to significant gaps on its weekly Ichimoku chart. XRP price may surprise market participants by outperforming Bitcoin and Ethereum for the first time in many months.

Ripple (XRP) price is on the back foot for a second day as bulls see their attempts for a pop higher being blocked by the tilted orange upper boundary line. Following the rejection by that and the bounce off the green ascending trend line, bears have now taken control of XRP price action. Expect further downside as bears are dictating for now. Look for proper support levels from which to pick up XRP coins at a discount. 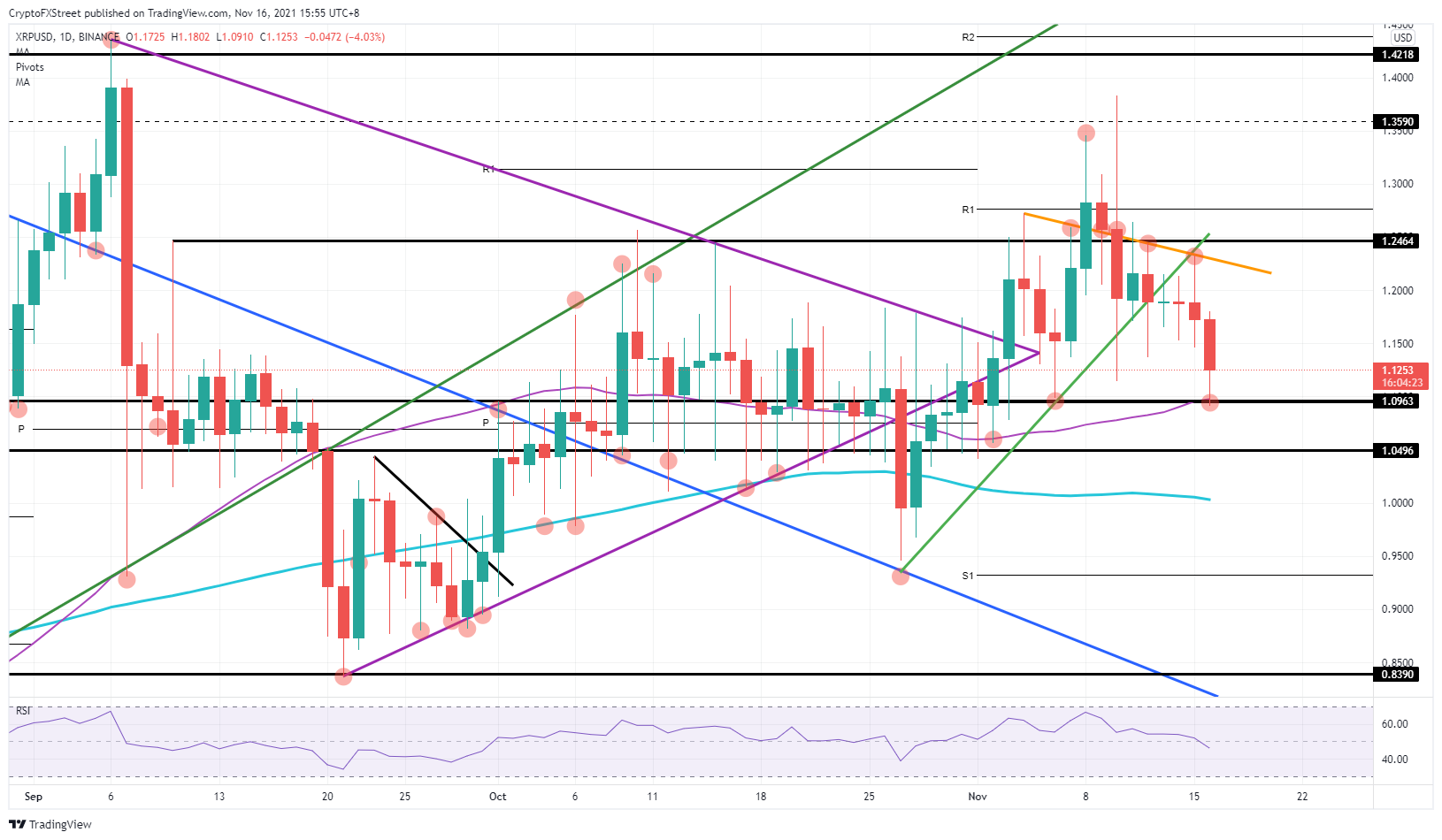 SafeMoon price is taking a break from its steady uptrend as it retraces, breaking crucial support barriers. That said, it is not beyond revival. In fact, SAFEMOON is approaching a high probability reversal zone that is likely to end the downtrend and kick-start a new rally. 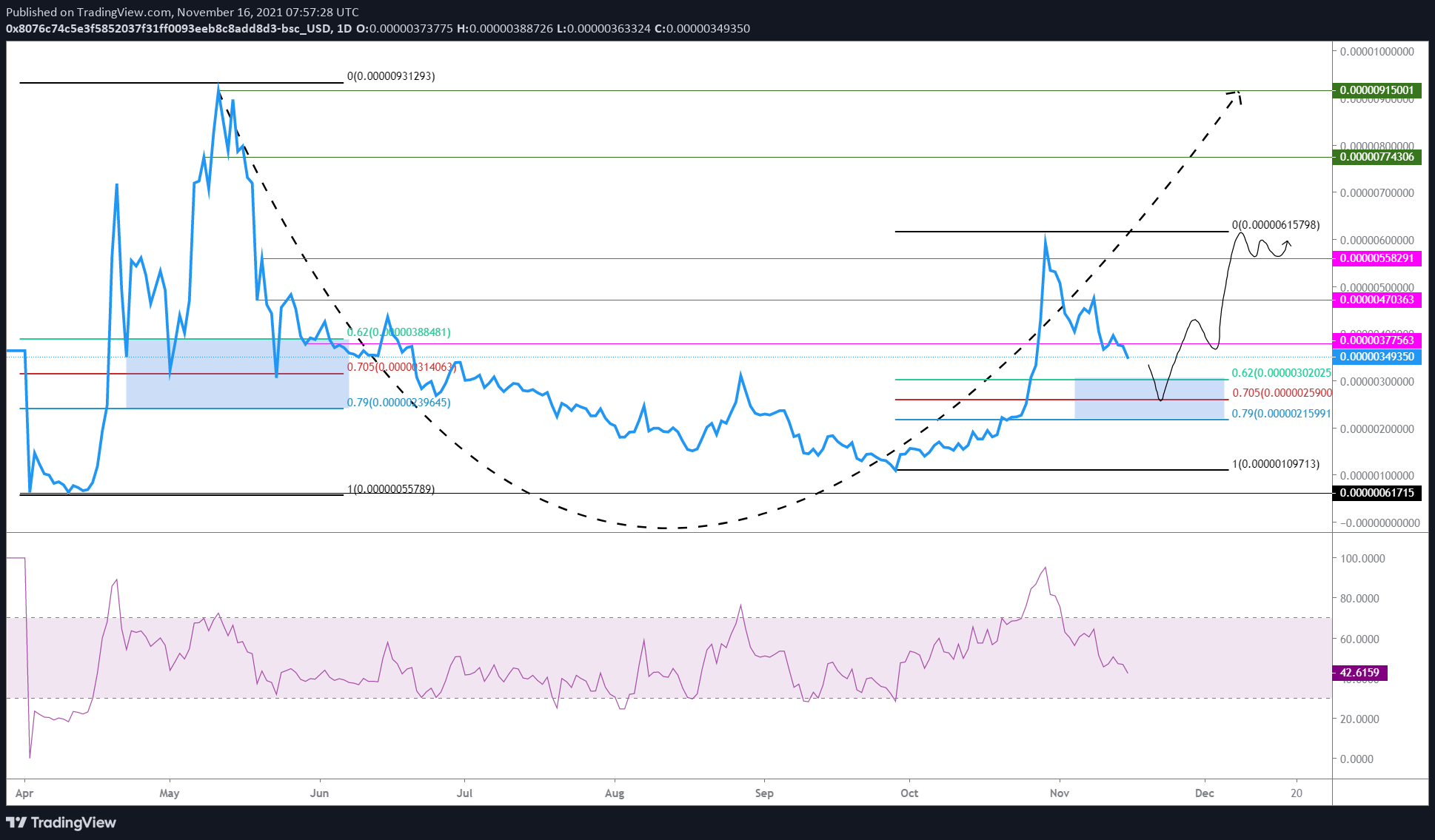