Tesla chief executive officer (CEO) Elon Musk publicly endorses cryptocurrency. JP Morgan CEO Jamie Dimon thinks Bitcoin is a “fraud.” Alphabet and Google CEO Sundar Pichai revealed that he does not own any digital coin, adding that wish he did. But whether or not executives believe in the potential of Bitcoin, Ethereum, or blockchain technology, they can’t ignore cryptocurrencies.

Despite being only a little over a decade old, cryptocurrency has gained tremendous popularity. Cryptocurrencies have collectively grown to over a $3.3 trillion valuation, beating out the likes of big companies like Apple and Microsoft, according to CoinGecko pricing.

Global adoption of crypto during the past year has been explosive, with over 300 million investors worldwide. Here we list what global CEOs think about cryptocurrency.

Warren Buffett, American tycoon and CEO of Berkshire Hatchway, has a well-known reputation for investing in stocks whose value and cash flow — come from producing things. But cryptocurrencies don’t have real value, Buffett said in a CNBC interview in 2020. “They don’t reproduce, they can’t mail you a check, they can’t do anything, and what you hope is that somebody else comes along and pays you more money for them later on, but then that person’s got the problem. It does not meet the test of a currency,” the billionaire said, as quoted by CNBC in 2014.

“It is not a durable means of exchange, it’s not a store of value.” He added that while cryptocurrency it’s a very effective way of anonymously transmitting money.

But he also drew an analogy with cheques, saying that they too are a way of transmitting money, but should be they be worth a whole lot, simply because of the ability to transmit money. 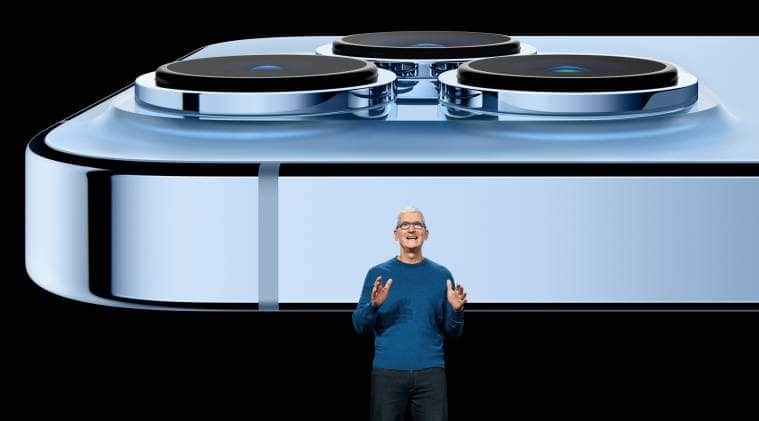 Apple CEO Tim Cook revealed that he is a crypto investor and holds digital coins. Cook was answering Andrew Ross Sorkin, who was hosting the New York Times’ two-day online summit. The Apple CEO shared his thoughts on the hot topic of cryptocurrencies such as Bitcoin.

However, Cook dismissed the idea of accepting cryptocurrency via Apple Pay anytime soon. He explained that Apple is “looking at” crypto, but has no plans to launch such functionality in Apple Pay.

Speaking about Apple stocks and cryptocurrency, Cook noted that Apple does not have any plan to invest in cryptocurrency as a company because he believes Apple Inc shareholders do not buy its stock to get exposure to crypto. Alphabet and Google chief executive officer (CEO) Sundar Pichai spoke about his cryptocurrency plans and revealed that he does not own any, adding that wish he did, in an interview with Bloomberg Television. “I’ve dabbled in it, you know, in and out,” Pichai said.

Interestingly, Pichai had said in 2018 that his 11-year-old son, was mining cryptocurrency Ethereum on the family PC at home. “Last week I was at dinner with my son and I was talking about something about Bitcoin and my son clarified what I was talking about was Ethereum, which is slightly different,” Pichai exclaimed. “He’s 11 years old. And he told me he’s mining it.” 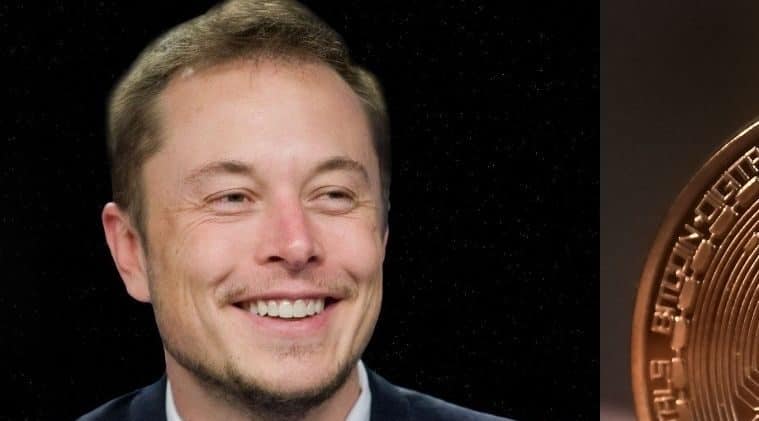 Elon Musk has been a major promoter of cryptocurrencies but has turned critical of bitcoin since suspending Tesla plans to take it in payment for cars, owing to concerns about its energy use. (Picture credit: Pixabay)

Elon Musk is the cryptocurrency community’s most influential individual despite constantly poking fun at crypto on Twitter. In January 2021, he added “#Bitcoin” to his Twitter bio, causing the coin’s price to spike by 25 percent.

In the first week of October this year, the dogecoin spinoff Shiba Inu coin jumped 30 percent after a tweet from Elon Musk. Musk has a dog named Floki, which is a Shiba Inu, a Japanese dog breed. Clearly, Musk has a big influence on the cryptocurrency market. Jack Dorsey, the CEO of Twitter and Square, is a Bitcoin investor. His love for cryptocurrency dates back to 2017 when he started advocating Bitcoin as the king coin. When the crypto market crashed in 2018, Dorsey was unfazed, calling Bitcoin the future world currency, despite the digital currency being at its lowest point in several years. In March 2019, Dorsey had said that he spends several thousand dollars each week to buy Bitcoin.

Endorsing blockchain technology for transparency in payment, Dorsey has released the whitepaper of its decentralized Bitcoin exchange proposal— tbDEX. Earlier, in August, Dorsey confirmed to investors that bitcoin will be a “big part” of the company’s future. 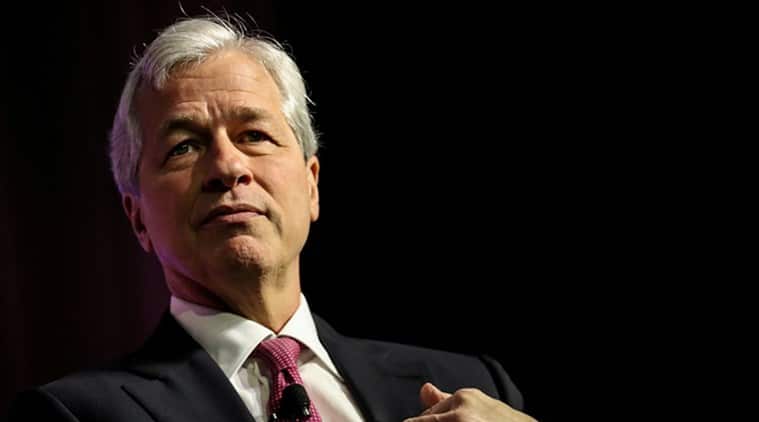 For Jamie Dimon, the head of financial giant JPMorgan Chase & Co., Bitcoin is simply “a fraud.”  Dimon isn’t a fan of Bitcoin, the largest cryptocurrency by market value.

“I personally think that bitcoin is worthless,” Dimon was quoted by CNBC Pro as saying. But, “I don’t want to be a spokesperson — I don’t care. It makes no difference to me,” he said. “Our clients are adults. They disagree. That’s what makes markets. So, if they want to have access to buy yourself bitcoin, we can’t custody it but we can give them legitimate, as clean as possible, access.”

Recently, he told Axios CEO Jim VandeHei that Bitcoin has “no intrinsic value.” And although he thinks bitcoin will be around long term, “I’ve always believed it’ll be made illegal someplace, like China made it illegal, so I think it’s a little bit of fool’s gold.” 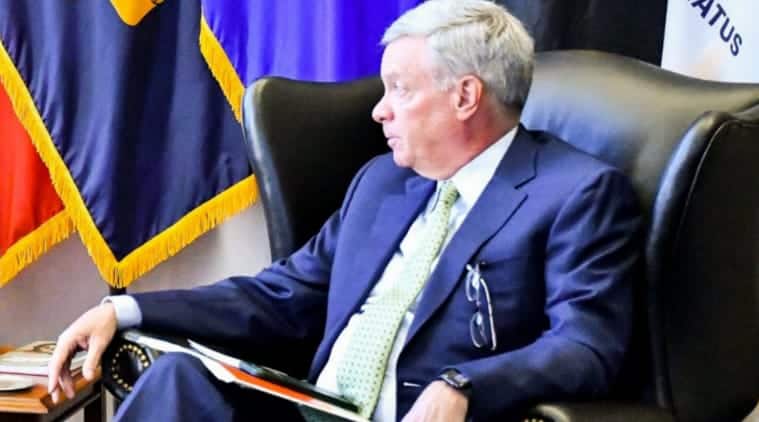 Alfred Kelly, CEO of Visa believes that “cryptocurrencies can be extremely popular.” He was on the “Leadership Next” podcast with CEO of Fortune Alan Murray where he expressed his thoughts on where cryptocurrencies could be in the next five years.

On the flip side of this, Kelly opined that just as much as crypto could be very successful, it could also end up flopping. Kelly explained that even though crypto may not go anywhere, Visa wanted to be ahead of it. “What I like most about our business, Alan, is that we don’t pick winners and losers,” Kelly told Murray. Peter Thiel, entrepreneur and co-founder of PayPal, speaks during a news conference on ”nonprofit, nonpartisan organization dedicated to economic research and innovative public policies for the 21st century” at the National Press Club in Washington. (Reuters)

PayPal and Palantir co-founder Peter Thiel has stated that he regrets not investing enough in Bitcoin. During an event in Miami, Thiel praised cryptocurrencies and admitted that he may have underinvested in Bitcoin. 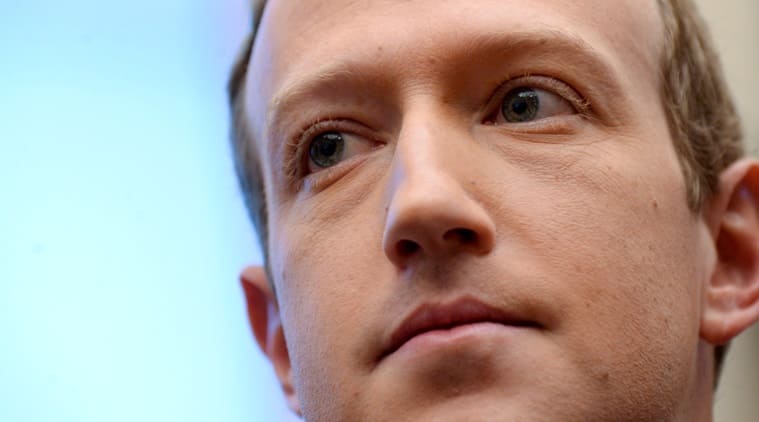 Back in May, Mark Zuckerberg shared a picture of two goats and said one of them was named “Bitcoin”— his post triggered a flurry of speculation that the billionaire was endorsing the cryptocurrency.

Earlier, in 2019, Facebook has confirmed that its cryptocurrency will be called Libra, though the social media network will not be controlling this currency. Facebook is partnering with 27 other organisations across the world to create the non-profit Libra Association and this new currency, which is aimed at improving access to financial services to those who are out of the banking system.

Disclaimer: Cryptocurrency is an unregulated space and digital currencies are not backed by any sovereign authority. Investing in cryptocurrency comes with market risks. This article does not claim to provide any kind of financial advice for trading or buying cryptocurrency.