With Ethereum outpacing the market with a run up to US$2,000 and founder Vitalik Buterin seemingly giving a concrete date for The Merge, it seems that all eyes are on the world’s second largest cryptocurrency and largest of all smart contract platforms at the moment.

The Merge is likely to happen in the middle of September but are you, the wise retail investor, wondering just what the f*#k The Merge is, and what the opportunities are?

This means the ethereum PoW network now has a (roughly) fixed number of hashes left to mine.https://t.co/3um744WkxZ predicts the merge will happen around Sep 15, though the exact date depends on hashrate. pic.twitter.com/9YnloTWSi1

While the boffins – which to some extent includes myself – may love rattling on about complex algorithmic processes and sharding technology, that may as well be written in alien hieroglyphs to most people.

But as convoluted as The Merge is, it is of fundamental importance to the Ethereum ecosystem and even cryptocurrency as a whole.

So with that in mind, let me see if I can’t cut through the gobbledygook and lay out the fundamentals behind this landmark upgrade below.

Show me the proof

While there are thousands upon thousands of cryptocurrencies out there, some game changing, some absolutely useless, they tend to work in only one of two methods: Proof of Work (PoW) and Proof of Stake (PoS).

Both have the same goal: To achieve network consensus, i.e. to validate transactions.

But they achieve this in vastly different ways.

Under the PoW method, brute computing power is used to solve complex equations in a race to validate each transaction, with the winner being rewarded for its efforts.

This process is called mining, and it requires an intense amount of energy to do (when you hear of the environmental impact of cryptocurrency, it’s really this PoW method they’re referring to).

Under PoS, this requirement for brute computing power is removed- instead of mining, network consensus is achieved through staking.

While huge farms of ultra-powerful computers owned by huge companies are used to validate PoW networks, PoS can pretty much be done on your shoddy old Dell.

Staking requires you to put some skin in the game in the form of a large quantity of the cryptocurrency in question.

In basic terms, PoS has just replaced the need for expensive computer farms with the need for a massive stack of coins, thus the big players tend to be the winners regardless.

So why bother changing at all?

Blockchain technology has a problem.

When a dilemma is too easy, crypto gives us a trilemma – Source: SEBA Bank AG

How do you maintain a secure, decentralised network that’s fast and scalable? Let’s break those parts down.

While some blockchain developers may boast elsewise, so far it’s proven impossible to achieve one of these metrics without sacrificing another.

Take Binance Chain. Is it scalable? Sure. Is it decentralised? Hell no: Only 21 entities, handpicked by Binance itself, are maintaining the network, compared to over 10,000 for Bitcoin.

As for Ethereum, is it decentralised? Sure. Is it scalable? Hell no: Despite being the most popular blockchain to develop on, it can only process around 20 transactions per second (TPS), compared to over 50 for Binance Chain and a whopping 3,000+ for Solana.

Solana is among the fastest blockchains, but there are security concerns – Source: explorer.solana.com

This has long been a big problem for Ethereum.

Not only has network congestion caused blackouts in the past, but slow transaction speeds and high transaction costs are severely limiting what developers can do on the ecosystem.

That is why Ethereum is about to switch to PoS.

So PoS is more scalable?

The Merge is more than just a simple (OK super bloody complex) switch from PoW to PoS.

While the switch is an integral part of Ethereum’s quest for scalability due being some 99% more energy efficient, it is only one step in a longer roadmap.

If you were expecting Ethereum transactions to suddenly be quicker and cheaper after The Merge, you’re likely to be disappointed.

Yes, there could be some incremental improvements, but true network scalability will not come till next year… Or maybe even later.

After the (hopefully) successful switch to PoS in the coming weeks, the next big item on the Ethereum bucket list is to implement sharding technology.

Sharding is a common feature in computer systems that splits a network into smaller, more manageable chunks called… you guessed it- shards.

For Ethereum, this will entail lightening the load by performing some transactional functions off of the blockchain.

Without getting too bogged down in the details, what you should know is this will be when Ethereum truly becomes scalable. 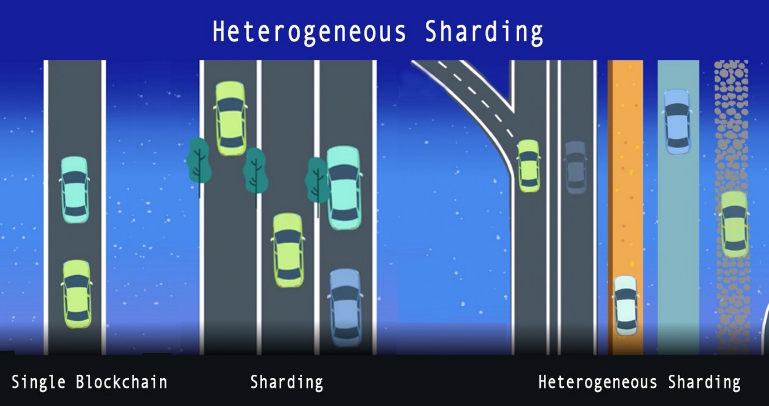 For whatever reason, sharding cannot be done on a PoW, so you can think of The Merge as the springboard off which all future acts of scalability will dive from.

Sharding is expected to be implemented some time in 2023/24 according to the roadmap, but given the multi-year delays for The Merge, I’d take this with a degree of scepticism.

What will happen to my ETH?

Unless you are currently a validator, nothing.

The Ethereum Foundation has assured holders that your funds and wallet will not be impacted (Proactive, however, cannot vouch for this, so do your own research into the situation first).

Boring! How can I invest?

Right now, you can stake 32 ETH to the PoS smart contract to become an Ethereum validator.

As a validator, you will be partially responsible for securing the network, but it’s not a charity.

Ethereum cites a 4.1% average APR for stakers, sourced from transaction fees, though this is by no means a guarantee.

If locking up 32 ETH (around US$61,000 at the time of writing) doesn’t sound like a great idea to you, you can enter a staking pool with as little as you like.

Staking pools are provided by third parties who pool together ETH from users and stake it on their behalf.

Be aware that commission fees are usually in place, and third parties are not verified by Ethereum thus come with an element of risk.

Head here for a full overview of your staking options.

Lastly, you can bet on The Merge by simply buying ETH and hoping for the best.

Or you can enter a short position if you expect the whole thing to fall apart.

I’m not your mother or your financial advisor, so be sure to conduct your own due diligence before locking up your funds.